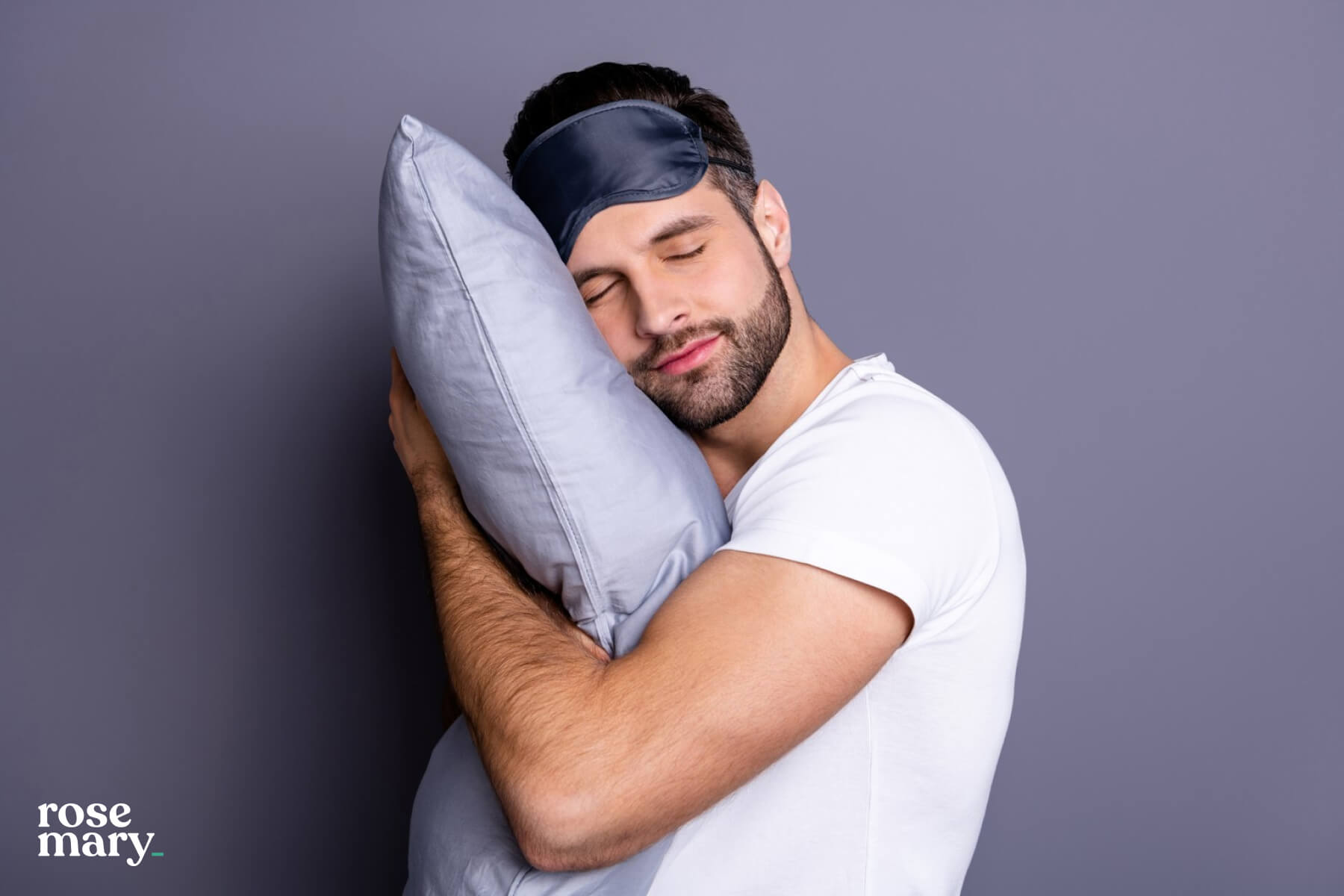 The connection between sleep and weight loss

If you have any medical questions or concerns, please talk to your healthcare provider. The articles on Health Guide are underpinned by peer-reviewed research and information drawn from medical societies and governmental agencies. However, they are not a substitute for professional medical advice, diagnosis, or treatment.

We all know what it’s like to have a terrible night’s sleep. We’re sluggish and grumpy. We might even move around slower than usual. Perhaps we’ll add an extra sugar to our coffee, hoping it perks us up a bit. By dinner time, we’re too tired to cook, so we order take away.  Science backs this behaviour up. One study found people who were getting less sleep per night ate more food than people who were getting 7-9 hours of sleep a night. In particular, they ate more saturated fat than the other group.

When this happens occasionally, it probably doesn’t make a massive difference to our weight. However, if you’re one of the estimated that 42% of Australians are regularly getting suboptimal sleep, this might be a factor in your weight.

The relationship between good sleep and weight loss

Although you might make poorer food choices when you’re tired, it’s a bit more complicated than not having enough willpower to say no to eating hot chips. There are chemical sensors called hormones in our blood that sends our brain signals when we’re hungry or full.

As a result of sleep induced changes to these hormones, it can mean people eat more. One sleep deprivation and weight gain study found that men who slept four hours one night compared to men who slept eight hours consumed 22% more calories the day after. Over time, this could result in significant weight gain.

Why is sleep important to weight loss?

Sleep and metabolism are also linked. Metabolism is the chemical process that allows us to break down nutrients and build and repair our body.

When we’re not getting enough sleep, our body can’t break down sugar which can cause decreased glucose tolerance and insulin sensitivity. It can also trigger a cortisol spike which makes your body more prone to hanging onto fat and reduces your ability to lose weight.

Studies have found that people who sleep less don’t lose as much fat on a calorie-controlled diet than people sleeping enough each night.

Sleep deprivation could increase the risk of developing other diseases. Short-sleep duration, sleep apnoea and other sleep-related disorders may contribute to metabolic dysregulation which can contribute to weight gain, obesity, and the risk of type 2 diabetes.

How to sleep and lose weight

When you’re developing a weight loss plan, it’s important to think about your sleeping habits and whether you’re getting enough sleep. According to the Australian Sleep Health Foundation, adults between 25 and 64 should usually get between 7 and 9 hours of sleep a night. Anything less than 6 hours or over 10 hours isn’t recommended.

For adults over 65, 7 to 8 hours is generally the right amount of sleep and anything less than 5 hours and over 9 hours isn’t recommended. 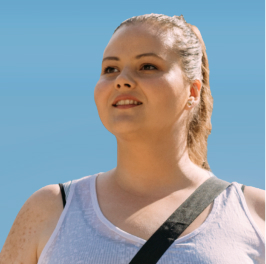 If you’re not getting enough sleep, you might need to think about your sleep habits, or consult a doctor about your sleep. To improve your ability to get to sleep and stay asleep, the Australian Sleep Health Foundation recommends you:

For many people, sleep apnoea and weight gain is linked. One study found a 10% increase in weight predicted a 6-fold increase in the odds of developing moderate-to-severe sleep disordered breathing. If you think you have sleep apnoea, it’s important to consult a doctor about a treatment plan.

If you’ve tried losing weight by dieting or exercising before and found your body worked against you, your hormones may be part of the problem. The doctors at Rosemary Health are experienced at helping people lose weight, especially when lifestyle efforts alone haven’t been enough. Learn more about our doctor-guided weight loss program.

Dr Joseph Santos
FRACGP, MB.BS, B. Sci (Honors). University of Sydney
Dr. Santos is a highly respected General Practitioner based in Sydney. From volunteering as a doctor in remote parts of the Philippines, through to providing on-the-job clinical training to the next generation of Australian GPs, it is clear to see that Dr. Santos is passionate about contributing to healthier communities. 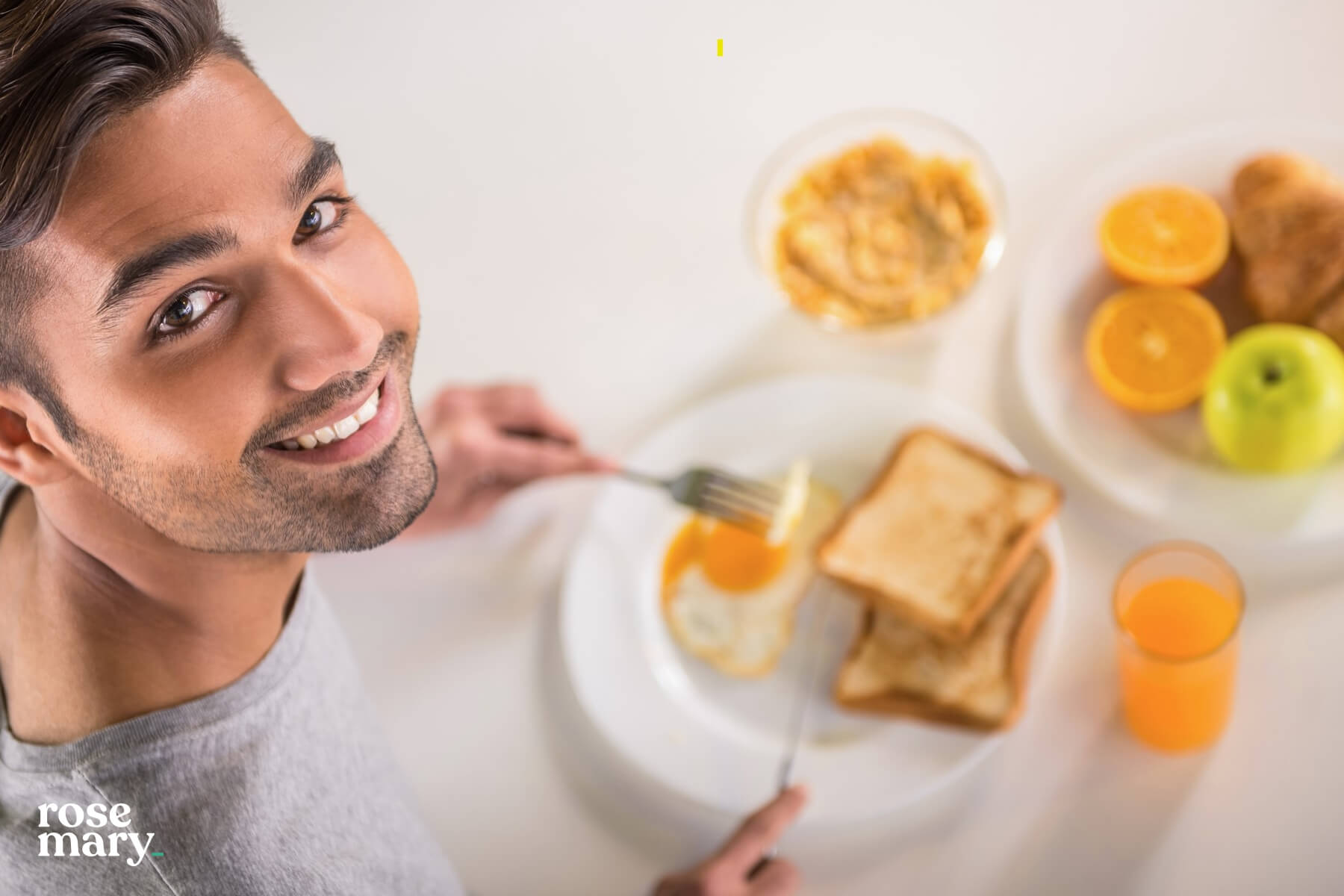 How hormones influence your eating habits and weight

Feel like internal drives are sabotaging your weight loss efforts? It could be your hormones. Rosemary explains the link between hormones and weight gain. 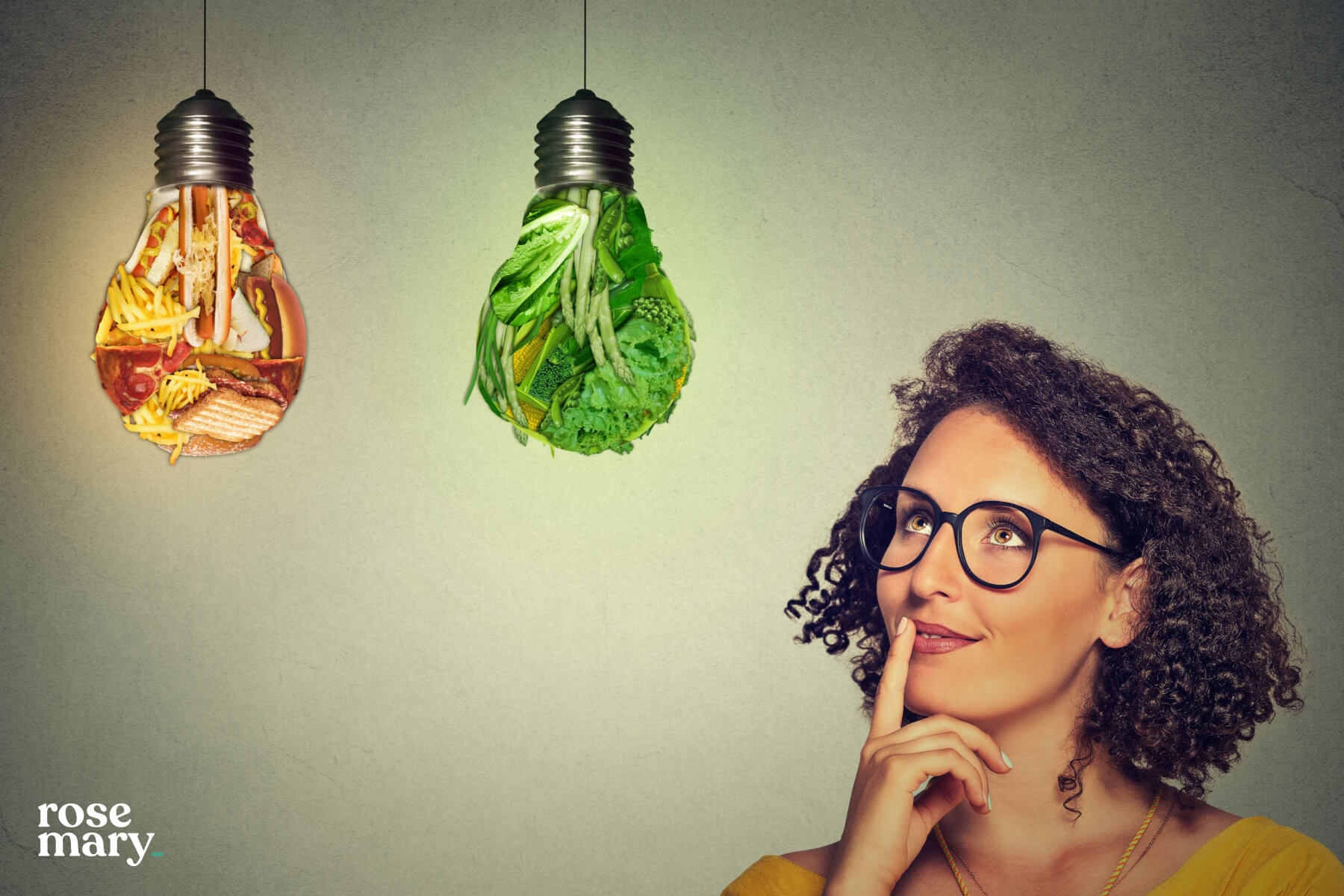 How eating mindfully could help you lose weight

When we pay attention to how we eat our food, in a process known as mindful eating, it can help us reduce cravings and even lose weight. Here’s how. 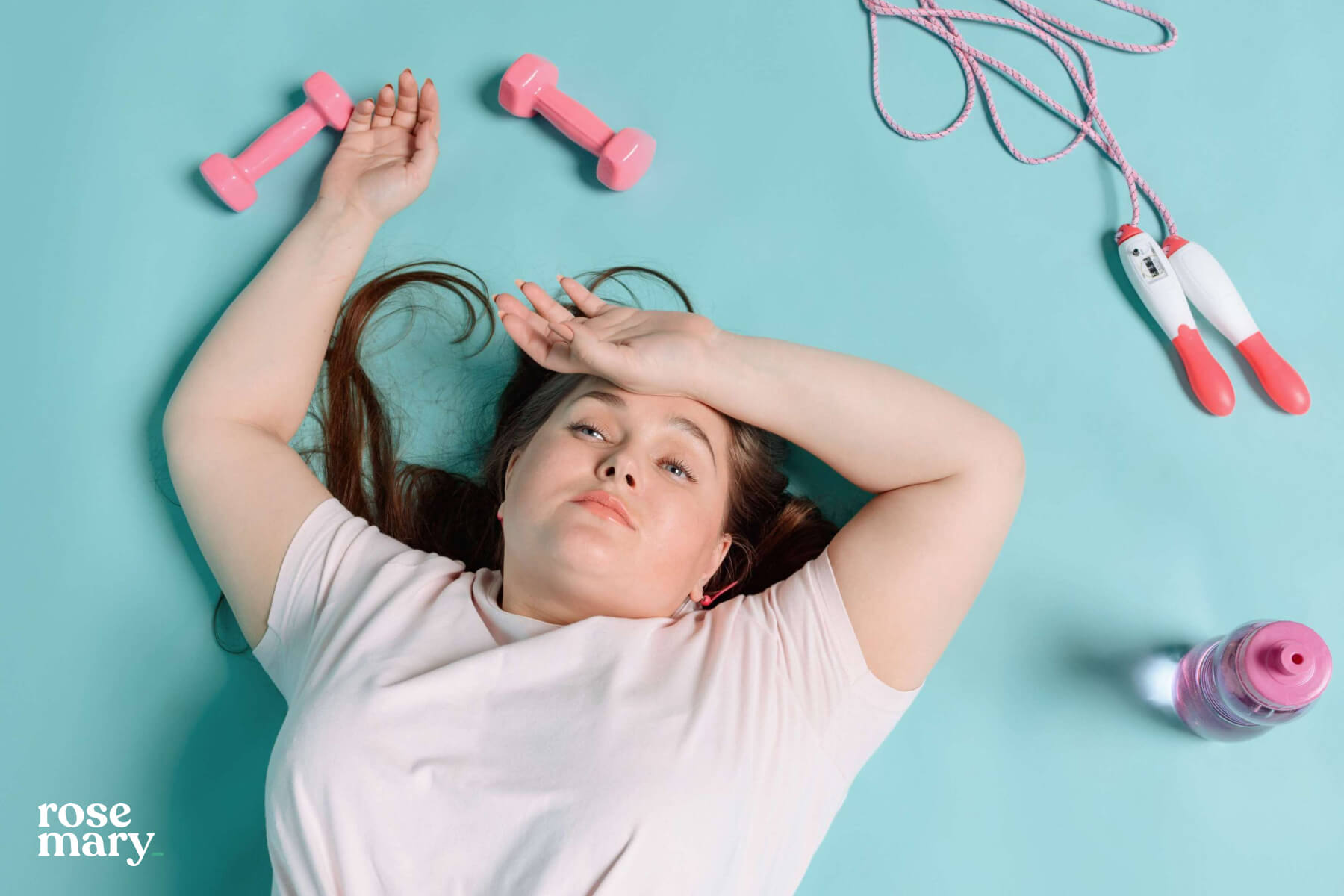 Five health benefits of losing 10% of your body weight

Did you know that losing up to 10% of your body weight if you are overweight or obese may improve blood pressure, reserve pre-diabetes and more? Here's five potential benefits to losing 10% of your weight. 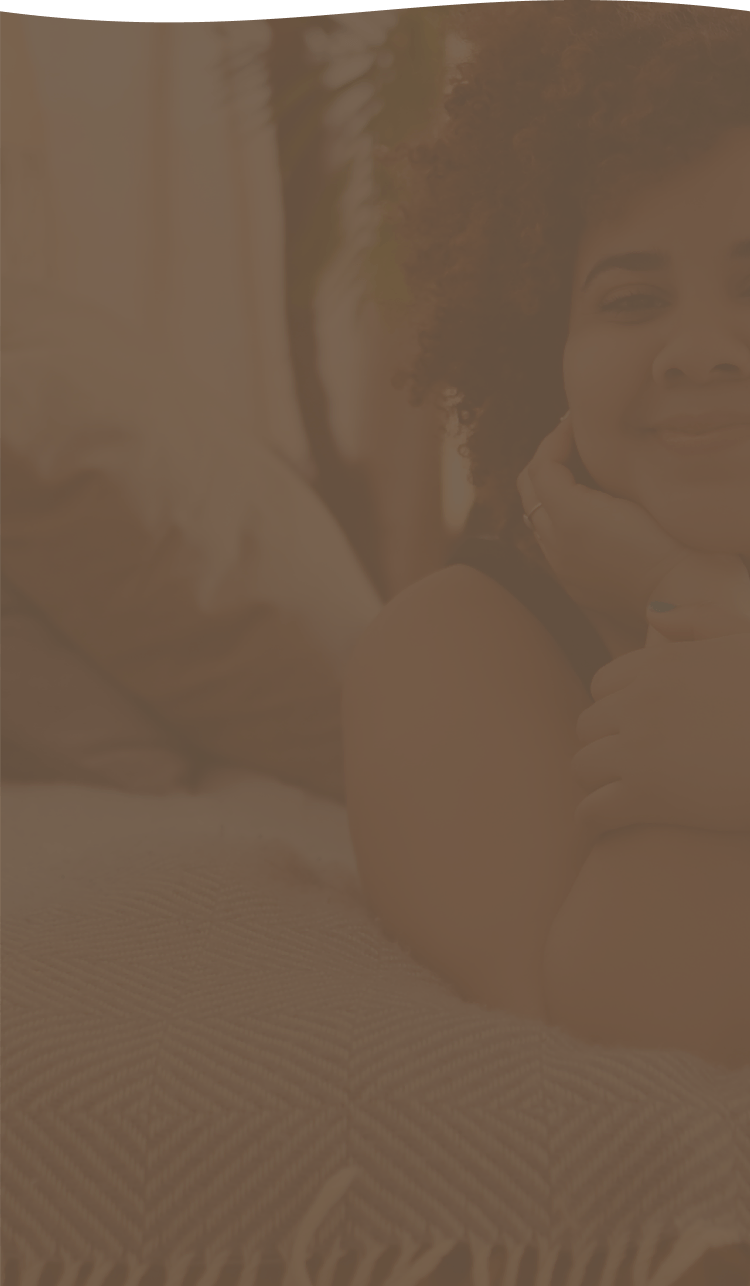