How Does the Contraceptive Pill Work? Side Effects & FAQs 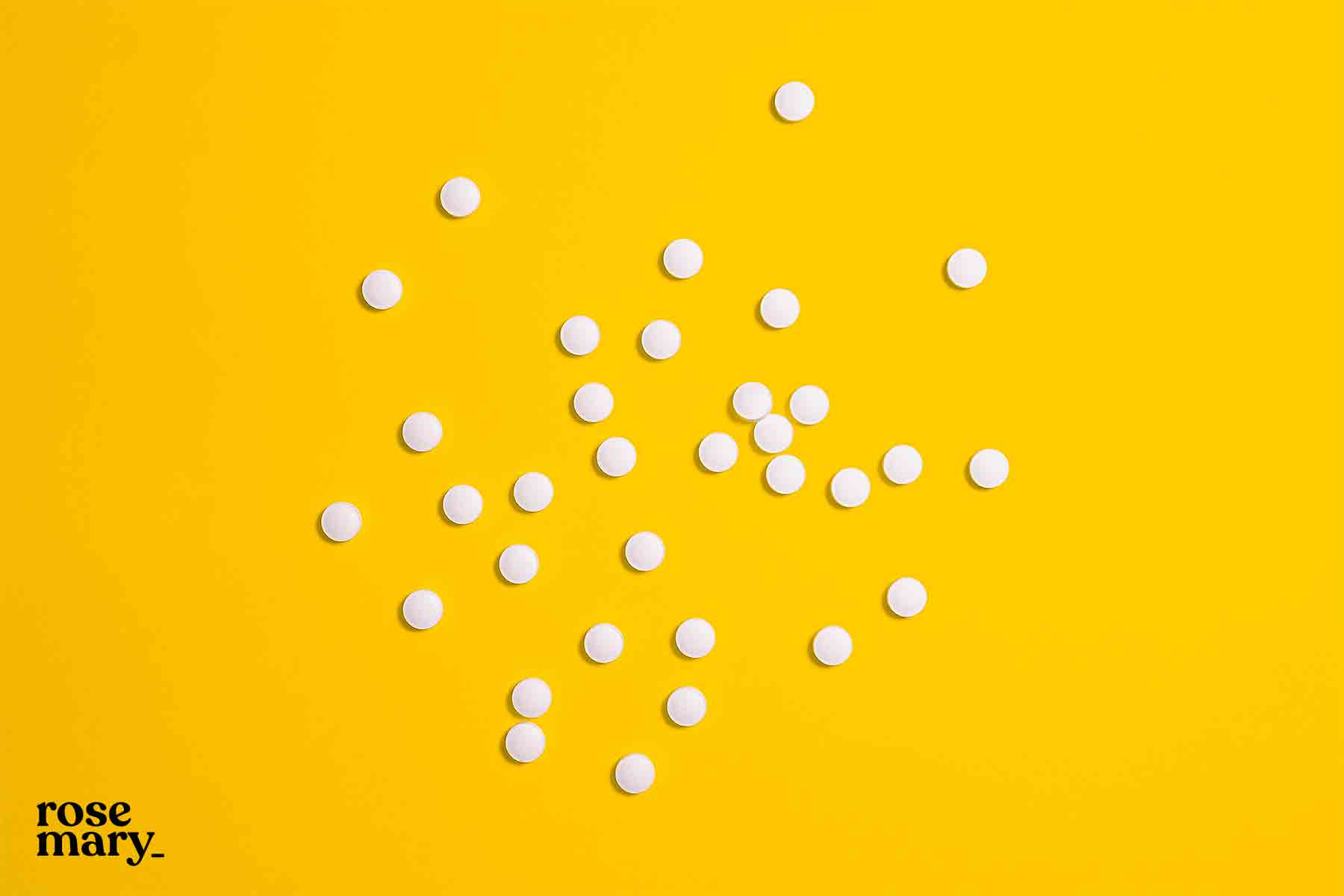 The contraceptive pill is one of the most widely used forms of birth control both in Australia and around the world. Also known as the pill, oral contraceptives are effective not only for preventing pregnancy but also for managing periods and acne. That’s why the pill is prescribed for women who aren’t necessarily sexually active; there are many benefits to taking contraceptive pills outside of avoiding becoming pregnant. This guide will take you through types of birth control pills, their effectiveness, side effects and frequently asked questions.

What is the pill?

The pill is a term that is used to describe oral contraceptive pills prescribed to women as a form of birth control. The first ever birth control was approved in the US by the FDA for contraceptive use in 1960, and subsequently was introduced in Australia in 1961.

The introduction of the pill was a pivotal moment in women’s history; it gave women the freedom to avoid unwanted pregnancies and gave them control over their reproductive health and future. In Australia, adoption of the pill also came with a strong correlation to more women entering the workforce.

While there are dozens of different brands of birth control pills, there are two primary types of contraceptive pills: the combined pill and the mini pill.

As its name suggests, the combined pill has a combination of the hormones estrogen and progestogen. There are various combinations of estrogens and progestogens available in Australia in varying doses. In general, most combined pills will have ethinylestradiol for its estrogen component in the doses of 20 mcg, 30 mcg, 35 mcg and 50 mcg. There are many different types of progestogens available including levonorgestrel, norethisterone, drospirenone and cyproterone.

The mini pill has progestogen only. It is often prescribed for women who shouldn’t be exposed to additional estrogen, such as breastfeeding mothers or those with a history of blood clots and strokes.

How does the pill work?

While both the combined pill and mini pill have similar effects, they work slightly differently.

The combined pill works in three different ways to help prevent pregnancy. Its primary method of preventing pregnancy is stopping ovulation from happening during a monthly cycle. This means that a woman cannot get pregnant because there is no egg to be fertilised. It also thickens cervical mucus to prevent sperm from entering the womb in the first place, while simultaneously thinning the uterine lining to make it more difficult for fertilised eggs to implant into the uterine lining.

The mini pill works by thickening the mucus around the cervix, making it more difficult for sperm to enter the uterus and reach any eggs that may have been released. It also thins the lining of the uterus to prevent implantation. In some women, the mini pill also prevents the ovaries from releasing eggs in the first place.

How effective is the pill?

When used properly, the pill is 99% effective, making it one of the most effective forms of birth control available for women. Proper use of the pill means that you are taking it at the exact same time every single day and not doing anything that could impact the pill’s absorption, such as vomiting, having diarrhea or taking other medications that impact the pill’s efficacy like some anti-seizure drugs, HIV drugs and rifampicin and rifabutin antibiotics. “Typical” use of the pill (the way most women actually take the pill in real life) lowers the effectiveness rate down to 92%.

It’s important to understand how the pill works to see why it needs to be taken at the same time every day to maximise its effectiveness. Because you are consuming synthetic hormones to help control different aspects of your reproductive system that, in turn, prevent the chances of getting pregnant, you want to be sure that your body has the same levels of those hormones all the time to maintain that degree of efficacy. When you start taking the pill for the first time, you will want to use backup protection for up to 7 days before the pill starts working.

So what happens if you forget to take a pill? For the combined pill, a pill is not considered missed until it is more than 24 hours late, or 48 hours from when you took the last one. If you miss a pill while on the combined pill, take it as soon as possible even if that means taking two in the same day. If you missed two or more pills in a pack, take the last pill you missed as soon as possible, keep taking the pack as usual and use condoms for 7 days to protect against pregnancy.

The mini pill is a bit different; you only have a 3 hour window to take your missed pill to protect against pregnancy. If it’s been longer than that, still take the missed pill as soon as possible but also use condoms for at least 3 days.  If you’ve had unprotected sex during this time, you may need to take the emergency contraceptive pill. Consult your doctor if you think you might need the morning after pill.

Your period on the pill

Menstruation is the monthly cycle through which your body sheds the buildup of the lining of your uterus through the form of menstrual blood and tissue. When you take hormonal birth control pills, the monthly bleeding you experience when taking the sugar pills is not the same as a regular menstrual period.

Instead, it’s called withdrawal bleeding because your body is withdrawing from the hormones that you’re taking every other day of the month. This decrease in hormone levels causes the lining of your uterus to shed, but because the pill also prevents your uterine lining from growing thicker as it would in a typical menstrual cycle, it’s not quite the same as a period when not taking contraceptives; it’s usually lighter and shorter.

When can you start taking the pill?

While its original purpose was to prevent pregnancy in sexually active women, the contraceptive pill also has a wide range of other benefits for women that aren’t necessarily having sex. For example, there are lots of positive impacts on your period when you’re on the pill, such as more regular cycles, lighter flows and lessened cramps. The pill also helps with managing hormonal acne.

Because of these other benefits, the pill is often prescribed to teens and young women who are not using it for its original birth control purpose. Most of the time, it’s safe to start taking the pill as a teenager as young as 15 years old. If you’re interested in starting the pill for the first time, talk to your doctor.

Side effects of birth control

Like all medications, there are some potential side effects of birth control to be aware of, including:

Most of these side effects subside after taking the pill for 2 to 3 months as your body acclimates to the hormones.

Women on progestogen-only formulations (the mini pill) tend to not have regular periods. Your cycle can be unpredictable, ranging from not having a period at all to frequent regular spotting or bleeding. While this is a known common side effect of the mini pill, it does not necessarily indicate that the contraceptive method is not effective.

If you have a history of any of the below, there are particular combinations of the pill you should avoid. It’s important to talk to your doctor about your medical history and risks before using the pill.

Otherwise, the pill is generally safe for most females to use.

Frequently asked questions about the pill

Can I skip my period?

One of the biggest draws for taking the pill is the idea that you can skip your period. By starting a new pack and continuously taking the hormonal pill instead of taking the sugar pills, you are effectively skipping your period.

Benefits of skipping your period on the pill go beyond just not having the monthly bleeding; you also avoid the menstrual symptoms and pain that come with the cycle and can help with conditions like dysmenorrhea, menorrhagia and endometriosis.

Does the pill decrease fertility?

While this is a common myth, there is no scientific evidence that shows that the pill contributes to infertility. In fact, one study found that 81% of women were able to conceive within a year after stopping the pill.

Does the pill protect against STIs?

Unlike other forms of contraception like condoms, the pill does not protect against STIs. STIs like genital herpes, chlamydia, gonorrhea, syphilis, hepatitis B and HIV are transmitted through direct sexual contact and exchanging bodily fluids like semen, so the best way to protect from these is with condoms. Sexually active women should consider using multiple forms of contraceptives to stay safe.

How often should I go to the doctor while on the pill?

Regular annual women’s health checks are important to keep up to date whilst on the contraceptive pill. This includes blood pressure monitoring, cervical screening tests and pap smears, breast checks and STI checks.

How does the pill affect endometriosis?

Endometriosis is a fairly common condition, affecting around 1 in 9 Australian women. It is a chronic condition that occurs when tissue similar to the tissue that forms the uterine lining grows outside of the uterus on your ovaries, bowel and tissues lining your pelvis. This lining is called the endometrium.

Some types of birth control pills can help manage endometriosis pain and symptoms. Because the pill helps thin the uterine lining and makes the withdrawal bleeding during your period much lighter with less tissue, it helps alleviate the symptoms of endometriosis. Talk to your doctor about using hormonal birth control as a treatment option for endometriosis.

How does the pill affect PCOS?

PCOS (Polycystic Ovary Syndrome) is another common condition, found in 12 to 21% of women of reproductive age. It is a hormonal disorder that leads to irregular periods, excess androgen or polycystic ovaries. That’s why the birth control pill can be helpful in managing PCOS symptoms - it helps with regulating periods, reducing period pain and managing acne.

What other forms of birth control are there?

In addition to oral contraceptives, there are other hormonal birth control methods you can consider, including:

The contraceptive pill is a widely used and safe form of contraception for most women. If you’re interested in going on the pill, talk to your doctor about the best options for your needs.

The pill online with Rosemary Health

If you’re already on the pill, you can get your brand delivered for free anywhere in Australia. With Rosemary’s subscription pill service, you get an annual doctor consultation, the same low pharmacy prices and your favourite brand of birth control pill delivered straight to your door. Get a Rosemary annual care plan today and never miss a pill again.